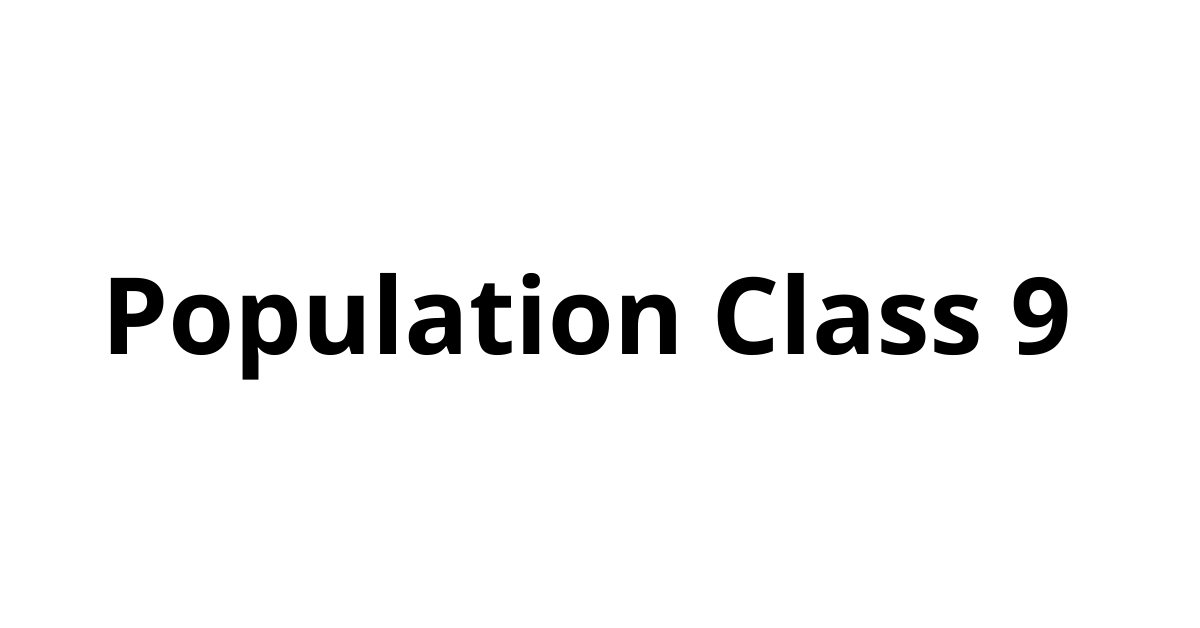 Q1). Why Is the rate of population growth in India declining since 1981?

Ans- (i) . Since 1981 the rate of growth started declining gradually.

(iv) . The declining trend of growth rate is indeed a positive indicator of the effort of bird rate control.

Ans- (i) . There are three main processes of change population birth rates death rates and migration.

(ii) . The natural increase in population is the difference between birth rate and death rates.

(i) . Birthdate is the no. of live births per thousand people in a year.

(ii) . It is the major component of growth because in India birth rates have always been higher than the death rate.(Death rate)

(i) . The death rate is the number of deaths per thousand people in a year.

(ii) . The main cause of the rate of growth of the Indian population has been Rapid decline in death rates.(Migration)

(i) . The third component of population growth is migration.

(ii) . Migration is a movement of people across regions and territories.

(iii) . Internal migration does not change the size of the population.

(iv) . Migration plays a very significant role in changing the composition of distribution of the population.

The population of a nation is generally grouped into three categories.

a). Children (generally below 15) are economically and unproductive and need to provide with food clothing education and medical care.

(2). They compromise the working population.

They are economically productive throw they may have retired.

The number of death per thousand people in a year.

The number of live birth for every thousand people in a year.

Q5). What is the relation between occupational structure and development?

Q6). What are the advantages of having a healthy population?

Ans- 1). Health is an important component of population composition.

2). It affects the process of development.

5). It helps in economic and social development.

6). They can contribute towards the fast economic growth of the country.

Q7). What is the significant feature of the National Population Policy 2000?

Ans- • The NPP 2000 provides a policy Framework for important free and compulsory school education up to 14 years of age.

• Universal immunization of children against all vaccine-preventable diseases.

• The policy put greater emphasis on other important needs of adolescents.