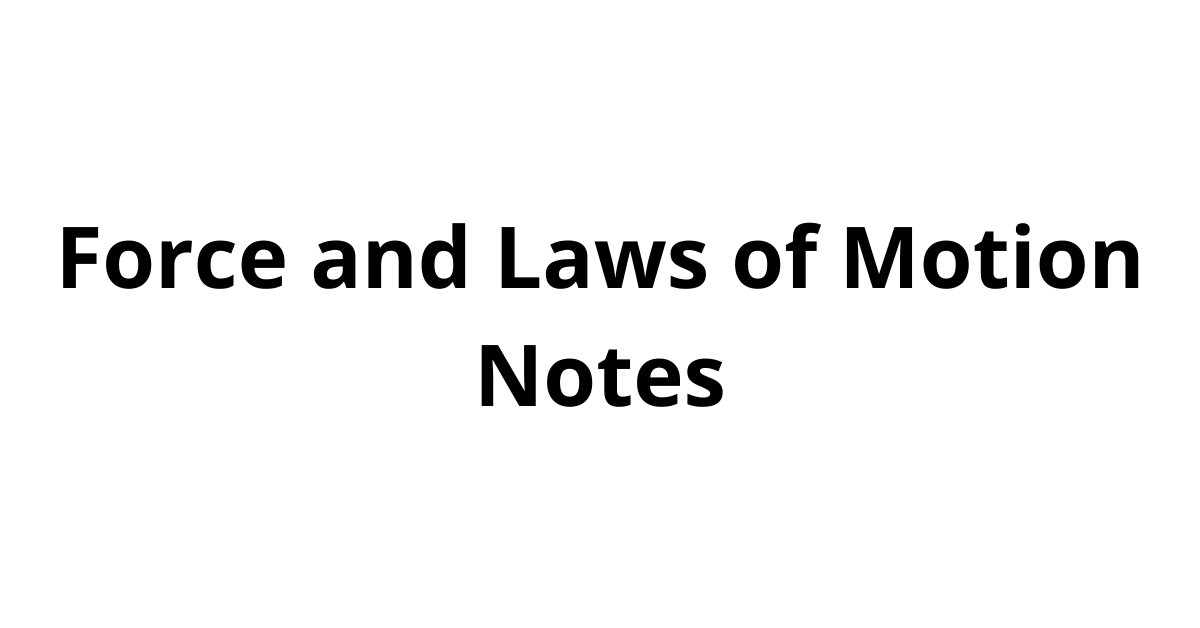 Any action which causes a pull (hit) or push on a body is called force.

Many effects of force are as given below:

(i) A force can move a stationary body.

(ii) A force can stop a moving body.

(iii) A force can change the direction and speed of a moving body.

(iv) A force can change the shape and size of a body.

When the net effect produced by a number of forces acting on a body is zero, then the forces are said to be balanced forces.

When the net effect produced by a number of forces acting on a body is non-zero, then the forces are said to be unbalanced forces.

It states that an object will continue to remain in its state of rest or in a uniform motion along a straight line or push unless external forces act on it.

The unwillingness (or inability) of an object to change its state of the rest of uniform motion along a straight line is called inertia of the object.

The inertia of an object is measured by its mass. Inertia is directly proportional to mass. It means that inertia increases with an increase in mass and decreases with a decrease in mass. A heavy object will have more inertia than a lighter one.

It is defined as the product of the mass and velocity of the body.

The SI unit of momentum is kg-m/s.

The second law of motion states that the rate of change of momentum of an object is proportional to the applied external force and takes place in the direction in which external force acts.

The mathematical formulation of the second law of motion

If a body of mass m moving at initial velocity u accelerates uniformly with an acceleration a for time t, so that its final velocity changes to v, then

According to the second law of motion,

The quantity k is a constant of proportionality.

One unit of force is defined as the amount that produces an acceleration of 1m/s² on an object of 1kg mass.

Thus, the force can be written as

Impulse is defined as the product of force and a small time in which force act.

The third law of motion states that, whenever one object exerts a force on another object, then the second object exerts an equal and opposite force on the first object.

Law of conservation of momentum

Consider a system of objects of masses mA and mB moving with initial velocities uA and uB respectively, (where, uA > uB) in the same direction. After a collision, the bodies move with velocities vA and vB, respectively. The collision lasts for time t.

Try To Solve These Questions

Q1. What is First Law of Motion?

Force and Laws of Motion Questions and Answers Class 9

1 thought on “Force and Laws of Motion Notes Class 9”