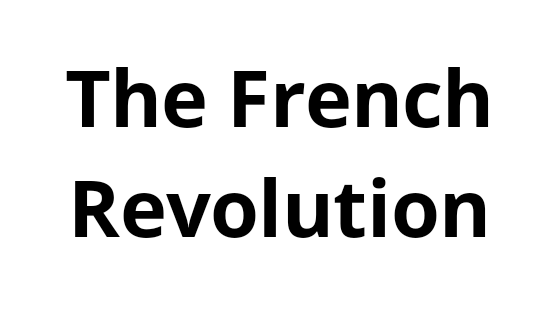 All the people military went to prison, the Bastille. They won the Bastille and these days called the ‘French National Day’.

The subsistence crisis is increased by the following condition:
• The French population is increased.
• Demand for food grain is increased.
because of this condition food prices increased and it is possible to purchase the bread for the third estate.

A growing middle class envisages as an end to privilege:

• Lawyers and Administrative were educated and believe that no group in society should be privileged by birth.
• Rather of a person’s social position must depend on his merit.
• These ideas and visiting a society based on Freedom equal laws and opportunity of all.

Contribution of the philosopher :
Montesquieu, Rousseau and John Locke are the philosopher who published the idea of Equality Liberty Fertanity in the book of the spirit of the law, the social contract and two Treatises of government.

The outbreak of the revolution:

• In1791, the national assembly make a constitution, the main motive of this constitution the power of Louis XVI to the legislature, executive and judiciary.
• In 1791, the monarch is converted into a constitutional monarchy.
• During the time society divided into two citizens the active citizen and passive citizen.
Active citizen has the right to vote but the Passage citizen has the right to vote.
• Due to this national assembly, the basic rights of man was received by the people.

France abolishes the monarchy and becomes a Republic :

• The Fall of the Jacobin government the power has come in the hand of the rich people.
• They make a new constitution and to Legislative Assembly and elected a directory with the five members.
• After some time the fight was held between the legislative assembly and a directory.
• Because of this fight, the benefit is taken by the Military officer Napoleon Bonaparte and rule over France in 1804.

Role of women in the revolution:

The abolition of slavery:

The revolution and everyday life: